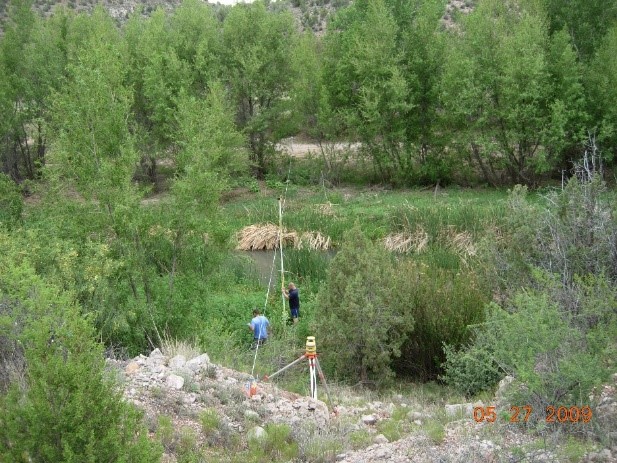 The Verde River is a unique hydrological resource in Arizona because it has perennial flow over a large portion of its reach. This is unusual for all but the largest rivers in the desert Southwest (e.g., Colorado River, Rio Grande, and San Juan Rivers). Verde River flows are sustained by groundwater discharge and winter snowmelt and rainfall. The river, and its riparian zone, provides important refugia for both aquatic and terrestrial species. Perhaps 80% of the terrestrial species depend on riparian zones for their life cycles and food and water needs. Human uses of the river for irrigation, municipal water supplies, and recreation are growing and can adversely affect the Verde River and its associated resources. The Verde River watershed covers 17,151 km2 or about 6% of the State of Arizona. It is divided into three subwatersheds or HUCs—Upper, Middle, and Lower Verde River. The Upper Verde River (UVR) study area is defined as the section of river starting at the Prescott National Forest boundary to the east near Tapco, Arizona, to the headwaters at Sullivan Dam to the west. Almost 30 years of monitoring and research has occurred in this UVR study area. A large flood event in 1993 provided a re-set of many ecological processes on the UVR and created an unusual opportunity to gather information on the ecological processes of the Verde River affecting threatened and endangered species. In 1996, 44 permanent cross-sectional transects were established along the UVR to provide long-term monitoring points for both vegetation and channel conditions.

This project is conducted primarily by scientists from Ecoculture, Northern Arizona University, and the Rocky Mountain Research Center.

Today, research projects continue to gather geomorphological and vegetation data to better inform Forest managers on the changing conditions of the UVR and its associated watershed.

A current project involves performing cross-sectional surveys along the permanent transects and comparing these data to previous surveys. The results will give us an idea of how much the UVR has changed, geomorphically, over the past 10-20 years. Remote sensing and GIS technological applications are currently being used to see if the efficiency and accuracy of the data being collected can be increased. Multispectral and LiDAR imagery are being collected at these transects via UAS (unmanned aircraft system), or drones, as well as terrestrially. RTK (real-time kinematic) GNSS surveying devices will be used to acquire bathymetric (underwater) measurements along these transects in summer 2022.

Streamside vegetation is an integral component of a stable riparian ecosystem, providing benefits to both terrestrial and aquatic fauna. A need to understand the complexity of existing riparian vegetation, amidst the various changes in land uses and climate, is paramount for land managers. Riparian vegetation will be surveyed around the permanent transects and will be compared to previous vegetation surveys later in the year. This data will provide an updated quantitative description of woody streamside vegetation along the UVR from 1996 to 2022 which will further the understanding of its role in management of TES species and other associated wildlife and plants in the ecosystem.

Environmental DNA (eDNA) is DNA that has been released by an organism into its environment and that can be found in air, water, or soil. eDNA analysis is an effective method of determining the presence of aquatic organisms such as fish, amphibians, and other taxa in riverine systems. This sampling method has proven to be at least as effective as conventional sampling for determining species’ presence, and it can often be performed more rapidly and efficiently. Each eDNA sample represents a snapshot in time of aquatic biodiversity and can be tested for the presence of many species if eDNA assays are available. The Rocky Mountain Research Station is currently using eDNA sampling techniques to capture presence/absence data on target fish species in the UVR study area. A total of 20 sites were sampled in the fall of 2021. The samples were taken to the National Genomics Center for Wildlife and Fish Conservation (NGC) for analysis. Continued eDNA sampling will occur at more sites in the UVR later in 2022. 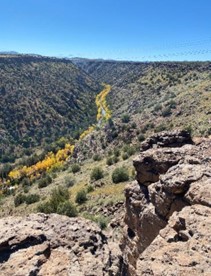 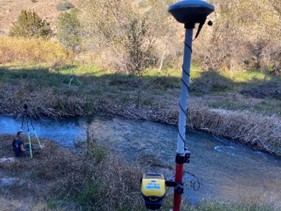 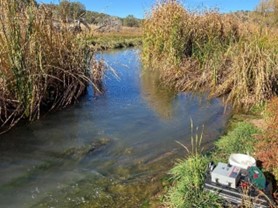 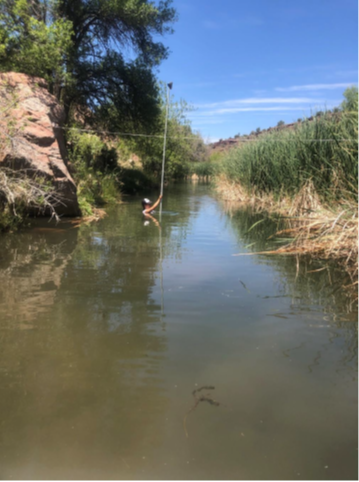 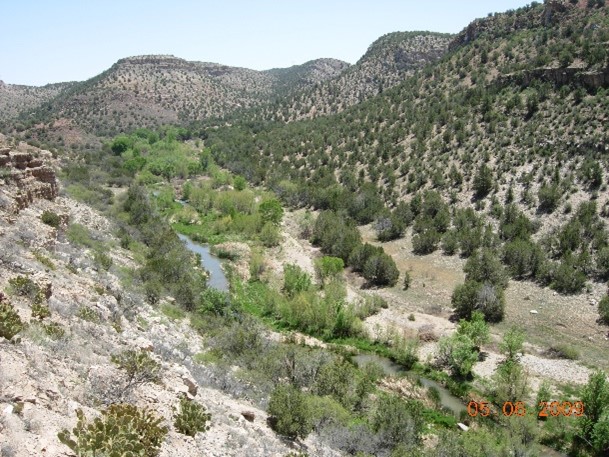 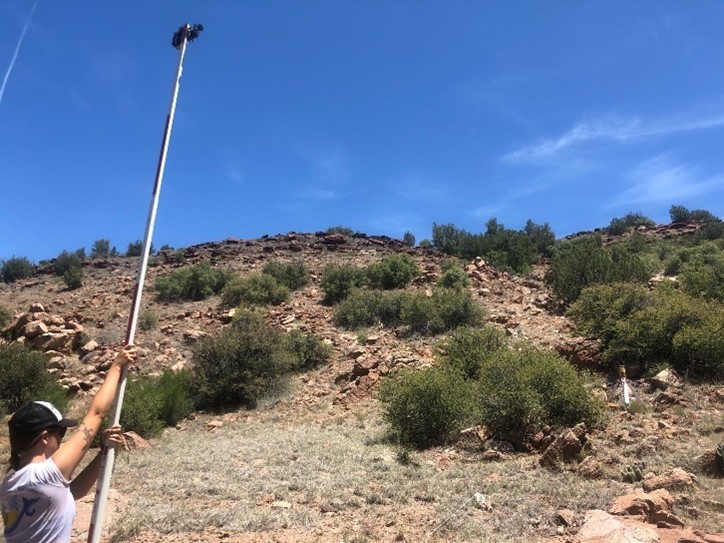