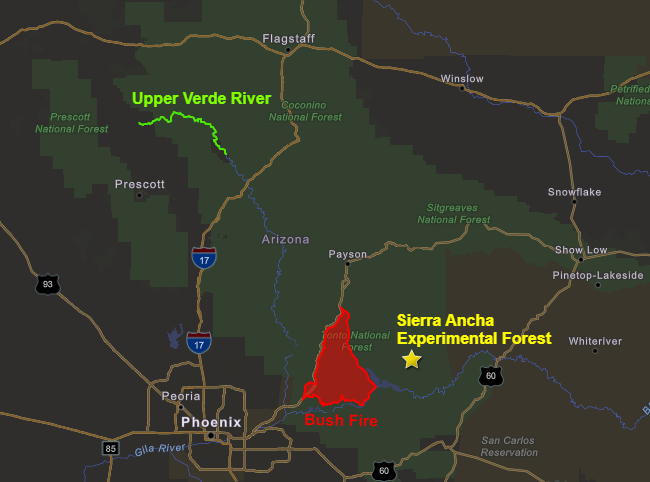 Fueled by overzealous fire suppression, drier summers, rising temperatures and a relentless drought, wildfires across Arizona and the Southwest have been sparking more frequently, burning at greater severity and scorching more land. The Tonto National Forest, located in Arizona, encompasses roughly 2,870,000 acres and has borne the brunt of these ever-increasing and destructive wildfires. The year 2020 was an especially big wildfire year within the Tonto National Forest. A single wildfire, called the Bush Fire, burned over 193,000 acres and became the state’s fifth-largest fire in recorded history. An increasing number and size of these wildfires are occurring within desert ecosystems. This is due to an invasive annual grass/fire feedback cycle, in which invasive annuals establish fuel loads capable of sustaining large scale wildfires following years of high rainfall. Native plants have also been displaced resulting in radically different habitats and food for wildlife. Species like red brome and buffelgrass have become dense enough in many areas to carry fire in the late spring and early summer. Sonoran Desert plants such as saguaros, palo verdes and many others are not fire adapted and may not survive these fires.

Monitoring and controlling the establishment of invasive species after wildfires is critical to maintaining a healthy desert ecosystem. Early detection and rapid response (EDRR) is a key tenet of invasive species management, where “detection” is the process of observing and documenting an invasive species, and “response” is the process of reacting to the detection once the organism has been authoritatively identified and response options have been assessed. EDRR is vital to prevent the spread of existing invasives and keep other invasives from arriving and establishing.

This project is conducted primarily by scientists from Ecoculture, Northern Arizona University, and the Tonto National Forest.

A large invasive species assessment project was initiated in the spring of 2021. Multiple, large wildfires that occurred within the Tonto National Forest in 2020 were surveyed for the presence of invasive species. The wildfires surveyed included the Bolt, Bush, Goldfield, Griffin, Hidden, Meddler, Rolls, Salt, and Sears wildfires. The targeted species were determined using the Tonto National Forest List of Invasive Species. Working over such a large and rugged area, the surveyors focused on areas with a high potential for infestation. Roadsides and drainages were considered priority as they are vectors for infestations. Once the survey was complete, a treatment plan was initiated with the assistance of the Tonto National Forest.

Ongoing treatments are occurring within these 2020 wildfire burned areas. Invasive winter annuals, including Sahara mustard (Brassica tournefortii) and Maltese star-thistle (Centaurea melitensis), were treated with herbicide in the late winter of 2022. Plans are in place to treat fountaingrass (Pennisetum setaceum) and buffelgrass (Cenchrus ciliaris) infestations later in the year with a focus on the Bush fire area. Our goal is to work with the Tonto National Forest along with local partners to create a treatment and monitoring plan that will last multiple years to ensure that these invasive populations are controlled and maintained to an acceptable level. 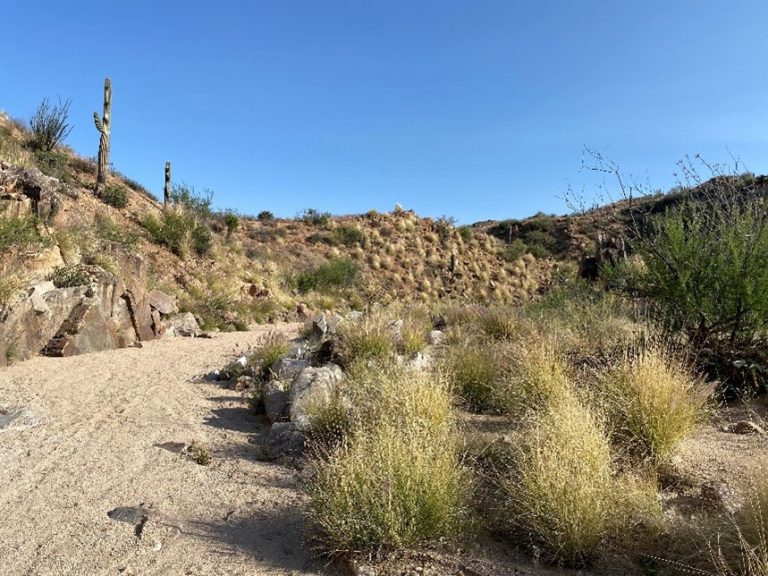 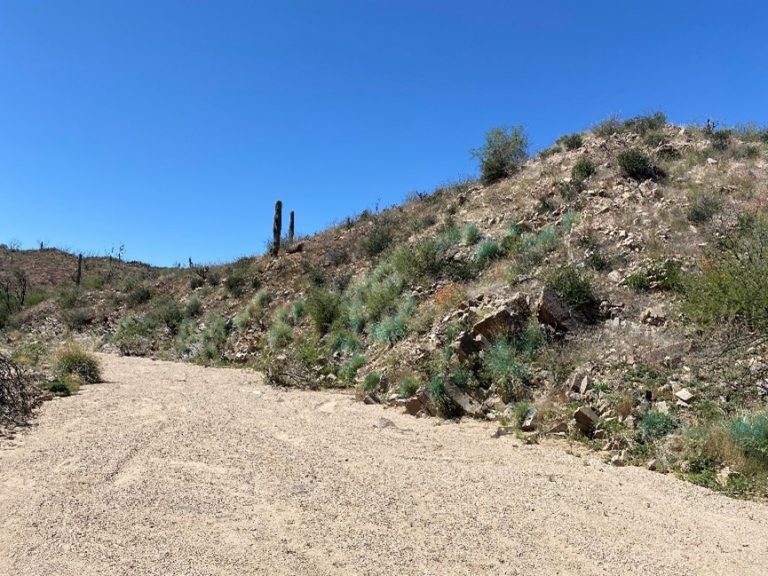 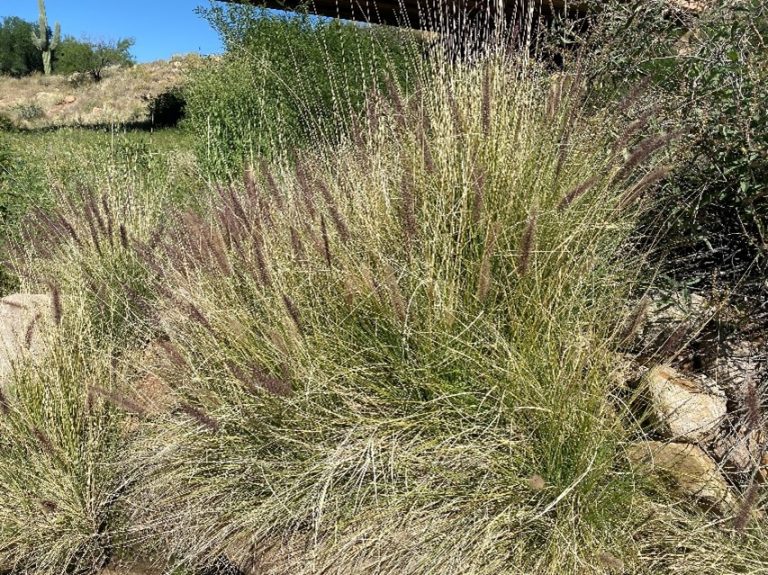 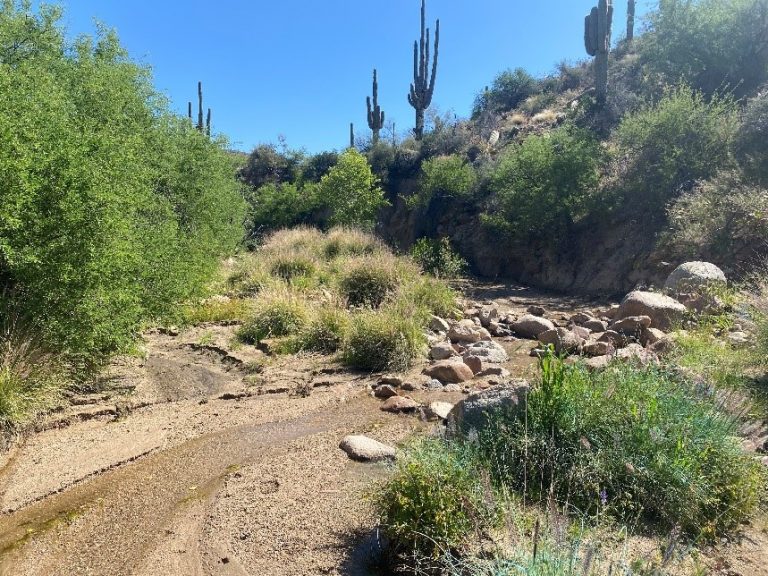 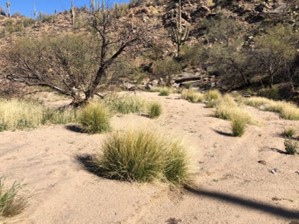 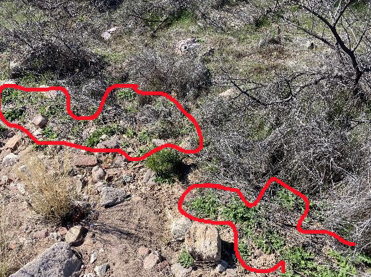